Higher degree in clarinet performance, are his main professors Hans Deinzer and Yehuda Gilad. As a member of the Orquesta Joven de Andalucía he receives orchestral training under the baton of maestro Juan de Udaeta. Later, under the direction of maestro Daniel Barenboim, he is part of the West-Eastern Divan Orchestra as a clarinet soloist, playing in theaters such as Royal Albert Hall in London, Grand Teatro Colón in Buenos Aires, Usher Hall in Edinburgh or Victoria Hall in Geneva, among others. He plays at festivals such as London Proms, Edinburgh Summer Festival, Sull Aqua Festival of Como or Prague Alternative making recordings for Warner Music, Naxos, Verso, Canal Arte, BBC, R.N.E. and TVE among others. He has been a solo clarinet of the Orquesta Bética de Cámara under the direction of Michael Thomas and has collaborated with orchestras such as: Orquesta Sinfónica de Córdoba, Orquesta Ciudad de Almería, The Soloists of London, Orquesta de Cadaqués, European Sinfonietta, Orquesta de Cámara Andaluza and Real Orquesta Sinfónica de Sevilla.

As a chamber musician he has been a founding member of the Nostromo Trio, with which he won the second prize in the International Chamber Music competition of Pozoblanco; a founding member of the Ensemble Section Aurea, he was also part of L'Harmonie Nouvelle (a group specialized in historicalist performance with period instruments) with which he recorded an album in 2016. As a musician specialized in contemporary music, he has been an integral part of the Zahir Ensemble with which he plays in rooms such as the Mozarteum of Salzburg or the Chopin hall at the University of Warsaw, he also participates in the recording of an album with music by A. Schoenberg for Naxos, and another one with music by J.M. Sánchez Verdú for Verso.

He is currently a founding member of the Wind Sur Clarinet Quartet, Súbito Ensemble and has a great activity with the musician Alberto Barea with the production of his own music.

He is a clarinet teacher at Conservatorio Profesional de Música Francisco Guerrero in Seville. 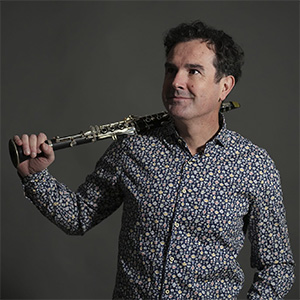 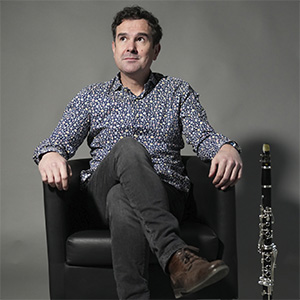 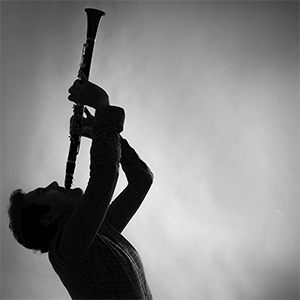 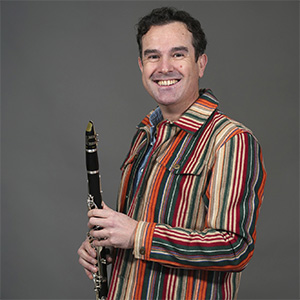